Guillain-Barré syndrome (GBS) is an acute inflammatory polyradiculoneuropathy. Progressive limb weakness, diminished/absent reflexes, sensory disturbance, and variable autonomic dysfunction are its core clinical manifestations. Bifacial weakness with paraesthesias (BFP) is a rare regional variant of GBS and is characterized by simultaneous facial diplegia, distal paraesthesias and minimal or no motor weakness. The association of headache with classic GBS has been rarely reported in the literature, and has not yet been described in the BFP variant. Here we report a misleading case of BFP variant associated with severe headache and mild pleocytosis. The repetition of nerve conduction studies (NCS) was extremely beneficial in this confusing case.

A 50-year-old woman, with no significant medical history, presented to the emergency department with a 10-day history of severe, bilateral, occipital headache and inability to close the lips and both eyes. Paraesthesias of the four limbs were also reported. She complained of having a flu-like illness 2 weeks before the onset of symptoms.
On physical examination, she was alert and her temperature was 37°C. Her blood pressure was 130/75 mmHg and her heart rate was 65 beats per minute. Neurological examination revealed bilateral, symmetrical, lower motor neuron-type facial nerve palsy (Fig. 1). The remaining cranial nerve examination was normal. No motor weakness was noted, but all deep tendon reflexes (DTR) were absent.
Superficial and proprioceptive sensations in her extremities were reduced. The systemic examination was unremarkable. Ophthalmic examination was normal.
Considering the clinical presentation, a subacute, diffuse condition affecting both the central nervous system (CNS) and the peripheral nervous system (PNS) was considered, particularly meningo-encephalo-myeloradiculitis. 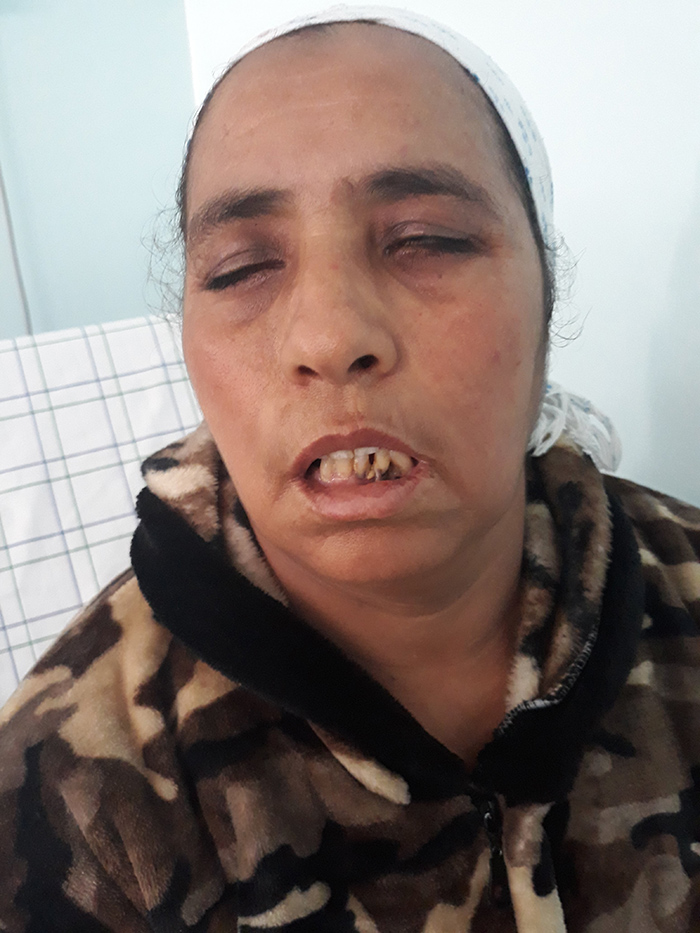 Figure 1. Facial diplegia: inability to close the eyes and the lips completely

Brain and spine magnetic resonance imaging (MRI) ruled out structural lesions in the CNS, and the spinal nerve roots were unremarkable. Nerve conduction velocity studies (NCS) of the limbs (on day 11 after the onset of symptoms) revealed no abnormalities. Cerebrospinal fluid (CSF) examination showed an opening pressure of 10 cm H2O, a total leukocyte count of 17 cells/μl, which was lymphocyte-predominant, protein of 127 mg/dl (normal range 15–35 mg/dl) and glucose of 73 mg/dl (normal range 45–80 mg/dl). CSF cytology was negative for abnormal cells.
Standard blood investigations (haemogram, erythrocyte sedimentation rate (ESR), C-reactive protein, glycaemia, renal function tests, liver panel and serum electrolytes) were all normal.
Serological tests for HIV, syphilis, borreliosis, cytomegalovirus, hepatitis B, hepatitis C and herpes simplex virus were all negative. The serum angiotensin-converting enzyme (ACE) level, lactate dehydrogenase (LDH) and serum protein electrophoresis were normal. Onconeural antibodies were negative. A whole-body scan in addition to mammography was unremarkable.
The patient decided to attend another medical centre where oral prednisolone 60 mg/day was prescribed due to a possible diagnosis of Bell’s palsy. However, her symptoms did not respond to oral steroids despite 15 days of therapy.
One month after the onset of symptoms, the patient consulted again at our institution because of worsening paraesthesias of the limbs. Thus, we repeated NCS which revealed multifocal demyelinating sensorimotor polyradiculoneuropathy compatible with the diagnosis of Guillain-Barré syndrome (GBS) and ruling out Bell’s palsy. On the basis of the diagnostic criteria of Wakerley et al., a diagnosis of the bifacial weakness with paraesthesias (BFP) variant of GBS was made (Table 1).
Five sessions of plasma exchange (PE) were administered. The patient showed considerable improvement in paraesthesias and headache after 1 week. After 8 weeks, her facial diplegia had improved significantly with the persistence of mild residual weakness (Fig. 2). 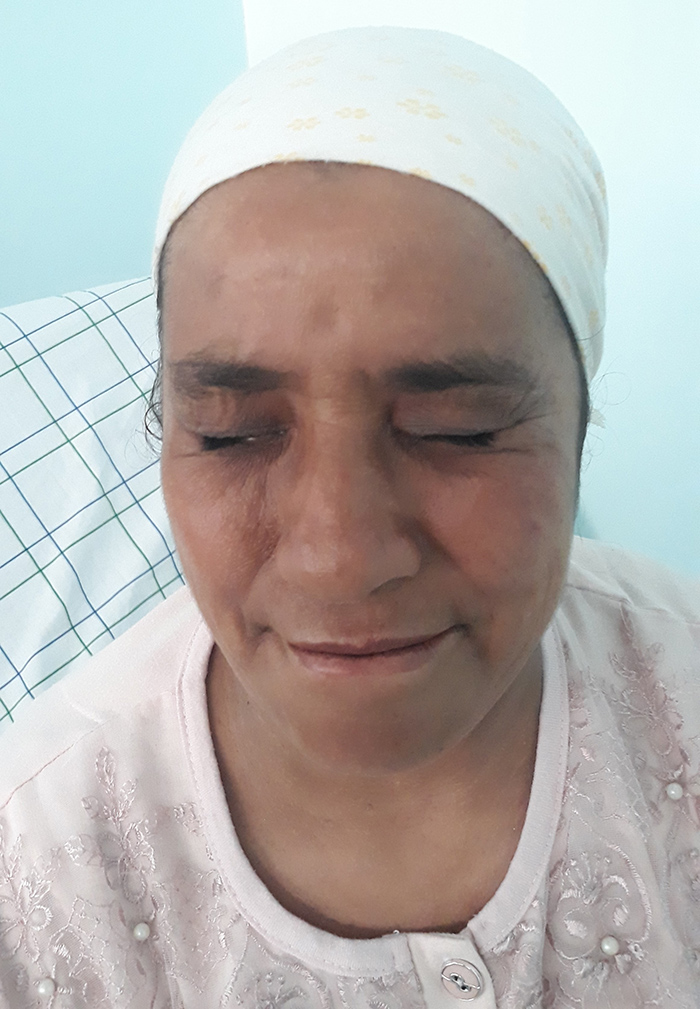 Figure 2. Significant improvement of facial diplegia after plasma exchange therapy
Table 1. Diagnostic criteria of BFP. Adapted from Wakerley et al.[3])
* Weakness may be asymmetric; †Muscle stretch reflexes may be normal; ‡Such as the presence of upper respiratory infectious symptoms or diarrhea 3 days to 6 weeks before the onset of neurological symptoms; §Cerebrospinal fluid with total white cell count <50 cells/μL and protein above the normal laboratory range.

Our patient presented with an association of severe headache, facial diplegia, paraesthesias of the limbs and abolished DTR, which led us to consider a subacute, diffuse disease of both the CNS and PNS such as meningo-encephalo-myeloradiculitis. This assumption was reinforced by the findings of mild lymphocytic pleocytosis and raised protein in CSF. Thus, the main differentials considered were Lyme’s disease, HIV, sarcoidosis and neoplastic meningitis (in the context of carcinoma, lymphoma or leukaemia).
Sarcoidosis was initially suspected, but the lack of general status abnormalities (such as fever or an elevated ESR, or lesions in other organs such as the lung, eye or lymph nodes) and normal serum ACE argued against this diagnosis. Uveoparotid fever (Heerfordt syndrome) is a specific form of neurosarcoidosis characterized by uveitis, parotid swelling, fever and frequently facial palsy. This condition was also ruled out. Moreover, as symptoms were non-responsive to oral steroids and continued worsening, sarcoidosis was considered very unlikely in our patient.
Neoplastic meningitis was also suspected but the patient’s general status was preserved, and additional cerebral symptoms (confusion, behavioural changes, ataxia, incoordination, nausea and vomiting), spinal symptoms (paraparesis, tetraparesis, bowel and bladder dysfunction) and multiple cranial nerve palsies, were all absent. Furthermore, the diagnostic work-up did not reveal any malignant solid tumour or haematological neoplasm able to generate neoplastic meningitis.
Finally, infectious aetiologies (such as Lyme’s disease and HIV) were excluded through specific serologies.
Although these differentials were ruled out by appropriate investigations, the diagnostic dilemma was still unresolved. Fortunately, the repetition of NCS, 1 month after the onset of symptoms, due to the worsening of paraesthesias, was extremely helpful and revealed a demyelinating polyradiculoneuropathy compatible with GBS. Therefore, the CSF data were re-interpreted in this patient and albuminocytologic dissociation (ACD) was considered. Indeed, CSF ACD is defined by a CSF with a total white cell count of <50 cells/μl and protein above the normal laboratory range. Also, mild pleocytosis (5–50 cells/μl) is found in 15% of GBS patients [1]. Thus, we were able to integrate the association of facial diplegia, paraesthesias of the limbs and abolition of DTR into the setting of the BFP variant of GBS. BFP is a rare localized variant of GBS in which the patient presents with simultaneous facial diplegia, distal limb paraesthesias and minimal or no motor weakness. DTR are generally absent in the BFP variant but rarely can be present or even exaggerated.
Almost all patients have antecedent infection within 4 weeks before the onset of neurological symptoms. CSF examination done after the first week of disease onset often shows ACD. NCS in BFP often show the demyelinating type of neuropathy but axonal polyneuropathy has been also described [2].
Wakerley et al. [3] proposed diagnostic criteria for BFP that include core and supportive features (Table 1). All of these features were present in our patient.
NCS were normal at day 11 after the onset of symptoms and thus contributed to the diagnostic difficulty of our case. In classic GBS, the abnormalities in NCS may be delayed until the second week after the onset of weakness [4].
The unusual association of severe headache with the BFP variant was particularly misleading in our case. Of note, headache is a very rare symptom in GBS and is described in only 2% of cases [5], and has not been yet reported in the BFP variant. Most reports of headache in GBS occur in the context of posterior reversible encephalopathy syndrome (PRES), an increasingly recognized dysautonomia-related GBS complication. Less frequent is headache in the setting of increased intracranial pressure and papilloedema (secondary intracranial hypertension), Miller Fisher syndrome and cerebral venous sinus thrombosis. Rarely, headache can occur secondary to aseptic meningitis from intravenous immunoglobulins (IVIg) use [6]. All of these conditions were excluded in our patient.
The BFP variant is a milder form of GBS and patients should ideally be observed for 2 weeks and disease-modifying therapy (IVIg or PE) can be started if limb weakness progresses. However, several patients with severe paraesthesias have been successfully treated with IVIg or PE therapy [7]. We also noticed a significant response to PE in this case, although it was given a month after symptom onset.