Inflammatory bowel disease (IBD) patients are at increased risk of developing thromboembolic complications. We report here a rare case of left ventricle thrombus in a young woman with ulcerative colitis. We discuss the pathophysiology of hypercoagulable state in IBD, and briefly address current prophylactic anticoagulation recommendations.

21-year-old female presented to the hospital with abdominal pain and bloody diarrhoea. She had been diagnosed with ulcerative colitis 1 week prior to admission. She had been taking mesalamine since diagnosis, and denied any cardiovascular symptoms. On physical examination, she was alert with a temperature of 36.8°C, pulse of 120 bpm and blood pressure of 100/60 mmHg. Cardiac examination was normal. She had some mild diffuse tenderness on the left lower quadrant. The rest of her physical examination was unremarkable. Laboratory data included haemoglobin 7.24 g/dl, haematocrit 22.4%, white blood cell count 21,800 cells/mm3, platelets 692,000 cells/mm3, urea 28 mg/dl, creatinine 0.5 mg/dl, natrium 135 meq/l, potassium 3.5 meq/l, magnesium 1.8 mg/dl, C-reactive protein (CRP) 293 mg/l, total protein 5.6 g/dl and albumin 1.5 g/dl. Chest X-ray film was normal. An electrocardiogram (ECG) showed normal sinus rhythm with inverted T waves in all precordial leads. The patient was transfused with 2 units of packed red blood cells and was started on intravenous hydrocortisone, and metronidazole. Due to the abnormal findings on ECG, a two-dimensional echocardiogram was performed. Three left ventricular apical thrombi, of 1.18, 0.38 and 0.35 cm in size, were demonstrated, with pressure gradient across the apex demonstrated with continuous wave Doppler (Fig. 1A–C). Ventricle size and function were normal, and no segmental wall motion abnormalities were observed. Cardiac MRI was performed showing three hypointense non-enhancing lesions following the administration of gadolinium, consistent with the diagnosis of three small thrombi (one of them so minuscule it was not discernible following contrast injection) (Fig. 2A–C). Due to the above findings, a hypercoagulability workup was performed. Factor V Leiden, cardiolipin antibodies, lupus antibodies, protein C and protein S were all negative. The patient was started on warfarin and was discharged from hospital after two weeks, in a stable condition. Her abdominal pain and diarrhoea subsided gradually. She was discharged and advised to continue warfarin and prednisone and start 6-mercaptopurine. On follow-up one month after discharge, she had another echocardiogram which showed one small thrombus in left ventricular apex. After six months follow-up she had another echocardiogram (Fig. 1D) and cardiac MRI, which were interpreted as normal. 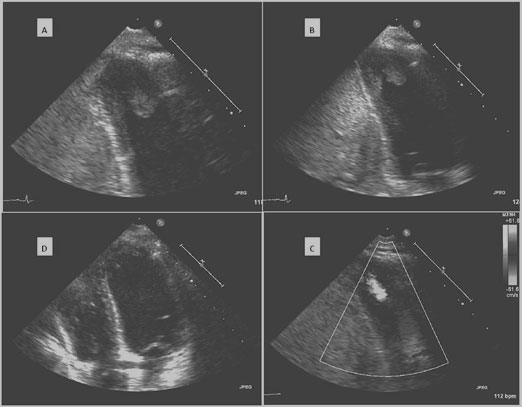 Figure 1: Echocardiogram of the patient.
A, B Thrombi clearly visible in apex of left ventricle in standard apical two-chamber view.
C Continuous wave Doppler performed at the plane of the thrombi demonstrating pressure gradient in the apex.
D Echocardiogram six months after discharge with normal left ventricle and no thrombi.

Patients with inflammatory bowel disease (IBD) are at increased risk of developing thromboembolic complications. The incidence of systemic thromboembolic events in IBD patients ranges from 1% to 7.7% in clinical studies and 39% to 41% in post-mortem studies. In a large retrospective study, thromboembolic complications developed in 1.3% of IBD patients. The most common sites of thrombotic complications are deep vein thrombosis (VTE) or pulmonary emboli with high mortality. Peripheral arteries, coronary arteries, cardiac cavities, mesenteric and portal vein thrombosis are unusual sites of thrombosis, and are predominantly reported as post-surgical complications[1].
Thrombosis results from an imbalance between prothrombotic and protective fibrinolysis mechanisms leading to pathologic blood coagulation. This includes accentuated platelet adhesion, activation and aggregation leading to platelet plug formation and/or the generation and stabilization of fibrin mesh through activation of the coagulation cascade. Additionally, von Willebrand factor levels are higher in IBD patients than in the general population. Increased platelet–leukocyte aggregates and microparticles, and proinflammatory cytokines such as IL-6 have been shown to stimulate coagulation in IBD patients. Elevated components of the clotting cascade such as thrombin–antithrombin complexes, prothrombin fragments and D-dimers contribute to hypercoagulability.
Fibrinolysis is depressed in IBD patients, with decreased levels of tissue plasminogen activator (tPA) activity and increased plasminogen activator inhibitors. These findings are putative biomarkers for thrombotic risk and could also be modified by some IBD common medications (thiopurines and infliximab).
The degree of activity and the extent of inflammatory intestinal disease are generally considered to correlate with the risk for a thromboembolic event. The majority of IBD patients with thromboembolic events have an active disease. In several series of IBD patients, the control of disease activity led to partial normalization of the disturbed coagulation factor profile and platelet activity. However, venous thromboembolism is also reported in patients with well controlled disease, and in one retrospective study recurrence rates were not improved in UC patients after proctocolectomy.
It should be borne in mind that, especially in young people with thromboembolic events, multiple risk factors are often present and thrombosis occurs due to additional triggering factors (intravenous lines, major illness or immobilization). Most IBD patients (87%) had other risk factors for thromboembolic events including immobility, malignancy, inherited thrombophilia or recent surgery.
Cardiovascular involvement in IBD has been reported mainly in the form of case reports. Pericardium involvement (especially pericarditis) seems to be the most frequent type of cardiovascular complication in IBD, assumed to be caused by drugs or fistulas or idiopathic. Endocarditis may occur as a result of septicaemia, prolonged use of total parental nutrition catheters or immunosuppression. Myocarditis or perimyocarditis is reported as an autoimmune phenomenon or as a side effect of 5-aminosalicylic acid formulations[2]. Left ventricular thrombi usually occur in the setting of an acute myocardial infarction, left ventricular aneurysm or dilated cardiomyopathy. In the absence of ventricular wall motion abnormalities, they are extremely rare. In a search using the PubMed database, we identified three case reports of ventricular thrombus and ulcerative colitis. Chin et al. reported a left ventricular thrombus with systemic emboli in a patient with ulcerative colitis and cocaine abuse[3]. Another report of left ventricular thrombus manifested with additional neurological symptoms[4]. Finally, Urgesi et al. described a case of a young woman affected by protein C deficiency, who, during a clinical recurrence of ulcerative colitis, developed a spontaneous right ventricular thrombus and pulmonary embolism[1].
Concern for thrombosis must be high in all IBD patients. Updated guidelines recommend primary VTE prophylaxis with unfractionated low-molecular-weight heparin (LMWH) or fondaparinux in any adult inpatient with IBD confined to bed[5]. It should be noted that few studies have shown that a substantial portion of VTE events in IBD patients occur in the outpatient setting. Currently, no recommendations for primary prophylaxis exist in such scenarios.
If thrombosis or embolic complications occur, prompt diagnosis and treatment influence outcomes. When thrombosis is confirmed, haematology and cardiology referral is recommended. The treatment of thrombosis in IBD patients is not different from treatment in non-IBD patients. Initiation as well as termination of anticoagulation should be done in consultation with gastroenterologists and haematologists.