The Development of a Liver Abscess after Screening Colonoscopy: A Calculated Risk?

We present the case of a patient who developed a liver abscess following screening colonoscopy. A colorectal screening program was introduced in the Netherlands in 2014 in order to reduce mortality from colorectal cancer. The patient in this report, a 63-year-old man with no significant medical history, underwent polypectomy of two polyps. Four days afterwards he presented to our emergency department with fever, nausea and vomiting. He was diagnosed with a Klebsiella pneumoniae liver abscess and was successfully treated with antibiotics for 6 weeks. This case highlights one of the risks of screening colonoscopy. Given the high number of colonoscopies due to the colorectal screening programs, we should be aware of complications in this mostly asymptomatic group of patients. 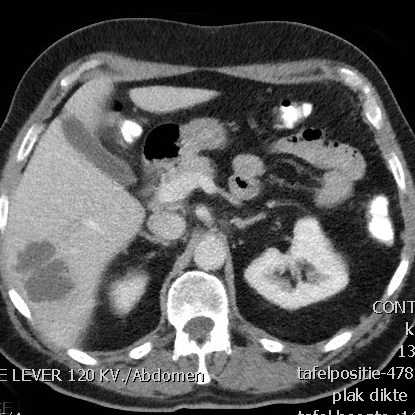