A 77-year-old man with arterial hypertension and dyslipidaemia, treated with olmesartan/hydrochlorothiazide and simvastatin, was admitted with a 3-week history of anorexia, nausea, vomiting, profuse diarrhoea and weight loss. He was dehydrated and blood tests showed acute kidney injury. The aetiological study was inconclusive. The patient had a favourable clinical evolution during hospitalization and was discharged. However, after about 10 days at home, he was re-admitted to hospital with the same clinical presentation. It was noticed that olmesartan had not been prescribed during the previous admission but had been restarted on an outpatient basis. Biopsy examination showed duodenal mucosa with villous atrophy and polymorphic inflammatory infiltrate. Antibody testing for coeliac disease was negative. Based on these facts, it was hypothesized that the patient had olmesartan-induced enteropathy, which was subsequently confirmed. 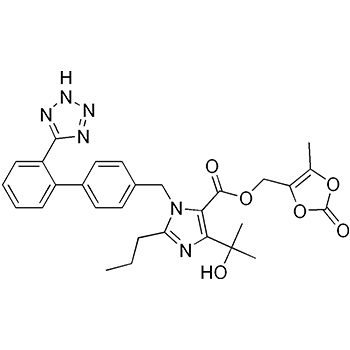